Single-sex education refers most generally to education at the elementary, secondary, or postsecondary level in which males or females attend school exclusively with members of their own sex. Research in the United States on the question of whether public single-sex education might be beneficial to males, females or a subset of either group (particularly disadvantaged youths) has been limited. However, because there has been a resurgence of single-sex schools in the public sector, it was deemed appropriate to conduct a systematic review of single-sex education research.

A number of theoretical advantages to both coeducational (CE) and single-sex (SS) schools have been advanced by their advocates, a subset of whom have focused specifically on the potential benefits of SS schooling for disadvantaged males who have poor success rates in the educational system. The interpretation of results of previous studies in the private sector or the public sectors of other countries has been hotly debated, resulting in varying policy recommendations based on the same evidence. However, no reviews on this topic have been conducted using a systematic approach similar to that of the Campbell Collaboration (CC) or the What Works Clearinghouse (WWC). Thus, the objective of this review is to document the outcome evidence for or against the efficacy of single-sex education as an alternative form of school organization using an unbiased, transparent, and objective selection process adapted from the standards of the CC and WWC to review quantitative studies.

As in previous reviews, the results are equivocal. There is some support for the premise that single-sex schooling can be helpful, especially for certain outcomes related to academic achievement and more positive academic aspirations. For many outcomes, there is no evidence of either benefit or harm. There is limited support for the view that single-sex schooling may be harmful or that coeducational schooling is more beneficial for students.

An initial Phase I exclusion of sources whose subject matter falls outside the defined scope of the study. Criteria used for exclusion in Phase I included:

Population-To be included, the students had 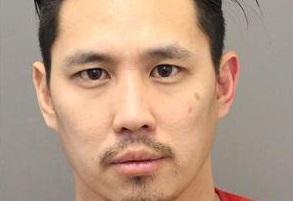 to be enrolled in a full-time school. They had to be in elementary, middle, or high school as opposed to college and beyond. Finally, the schools being studied had to be in English-speaking or Westernized countries somewhat comparable to American public-sector schools.